Some moments require to be captured in black and white because the composition gains strength without color, because color distract the eye, or because we want a retro touch. Whatever is your reason, we are sure you can take that perfect picture in black and white. 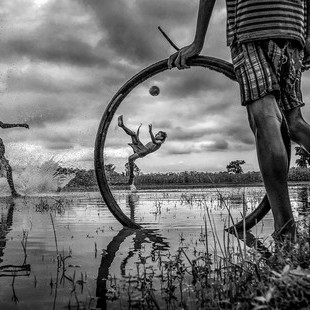 And She left me... - Y sin decir nada más, se dio la vuelta.... y me dejó :-(
by processingRAW , finalist in the contest Black and white sponsored by Fomunity

Anticipation - Dreamy eyes, falling drops, framed expectations of a newly-arising life
by DenisBuchel , finalist in the contest Black and white sponsored by Fomunity

arrugas
by atthina , finalist in the contest Black and white sponsored by Fomunity

Some moments require to be captured in black and white because the composition gains strength without color, because color distract the eye, or because we want a retro touch. Whatever is your reason, we are sure you can take that perfect picture in black and white.

Toning in a single color will not be accepted. Duotones and partial toning are not considered monochrome works, so neither will be admitted.

Only photographs submitted via the contest page: https://fomunity.com/contest/35 will be accepted.

The jury's decision will be published on the contest webpage on April 25, 2016.

The contest jury will be José Beut Duato, and his decision will be final.